How to Choose Paint Colours for a Room with 2 Exposures

Posted on April 8, 2021 by KylieMawdsley

Just when you thought picking a paint colour couldn’t get any harder, you have to deal with your room’s exposure.  And if you have a room with windows on different walls, you won’t just have one exposure, you’ll have two or even THREE exposures to battle with. But let me add that personally, I would only expose myself ONCE – and then I would run like mad. My Mom actually took this photo and surely regrets the day she sent it to me, now that it’s plastered on the internet

And while I’ve written a blog post for each exposure (north, south, east, west), as well as a fantastic summary of all four, I haven’t really gotten into DUAL exposures. So, that’s what we’re doing today!

The first thing you’ll want to do is take a look at your room and consider the following:

Now, if you need to brush up on the details re: your exposures, check out the following link here before going ahead…otherwise, let’s get going!

Summary of Exposures: North, East, South, West, which paint colour is the best?

Cool light with a touch of warmth in the afternoon

A room with both north and west exposures will have a cool gray light throughout the entire day. In the morning, this will be joined by an additional flat light (west morning), and in the afternoon, can be somewhat balanced by the warm western rays coming in (depending on how large the west-facing windows are).

MOST of the time, I recommend catering to the NORTHERN light as the dominant exposure. 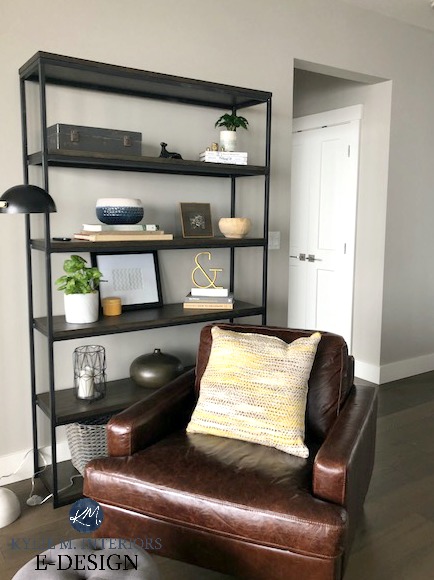 Cool gray, slightly brighter in the morning, back to cool gray in the afternoon

A room with both north and east exposures will have that cool gray light allllll day via the northern light. In the morning, this light will be softened, brightened and warmed up a bit by the eastern light. This same morning light will begin to wash things out at the height of the day (depending on how big the window is). In the afternoon, the east-facing light will be comparable enough to the north-facing light in its lack of warmth and depth.

MOST of the time, I recommend catering to the NORTHERN light as the dominant exposure. 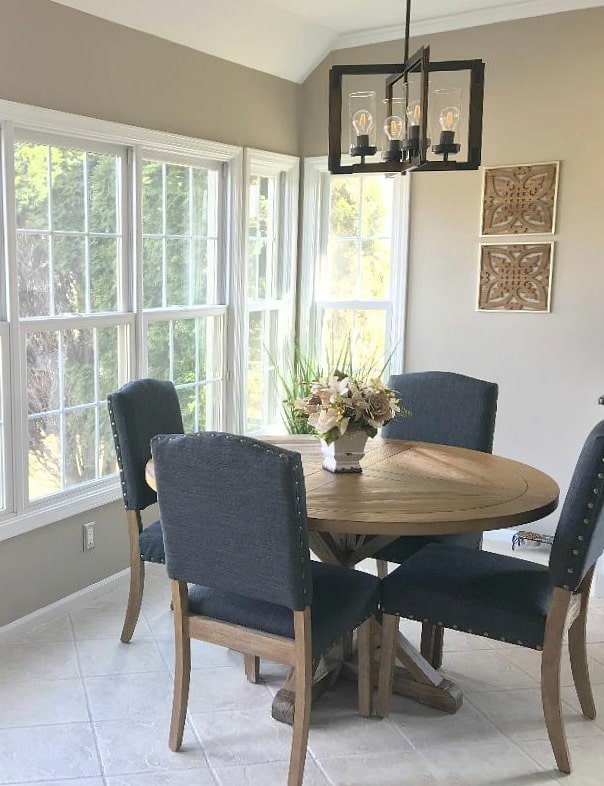 Can I Paint My North Facing Room White?

In rooms with both south and west-facing windows, you’ll have the warm southern light throughout the day and the extra warm light in the west-facing afternoon. This room will be cosy and inviting but COULD become a bit TOO toasty if you overdose on warm paint colours as well.

The flatter, west-facing morning light will flatten things a bit in the morning hours with its lack of sunshine. This will balance off the warmth and brightness of the southern exposure, but as you get close to noon, this type of light can really wash out colours – but only temporarily! In the afternoon, the western light will ADD to the warm glory of the southern light, making this room roasty-Mc’toasty! 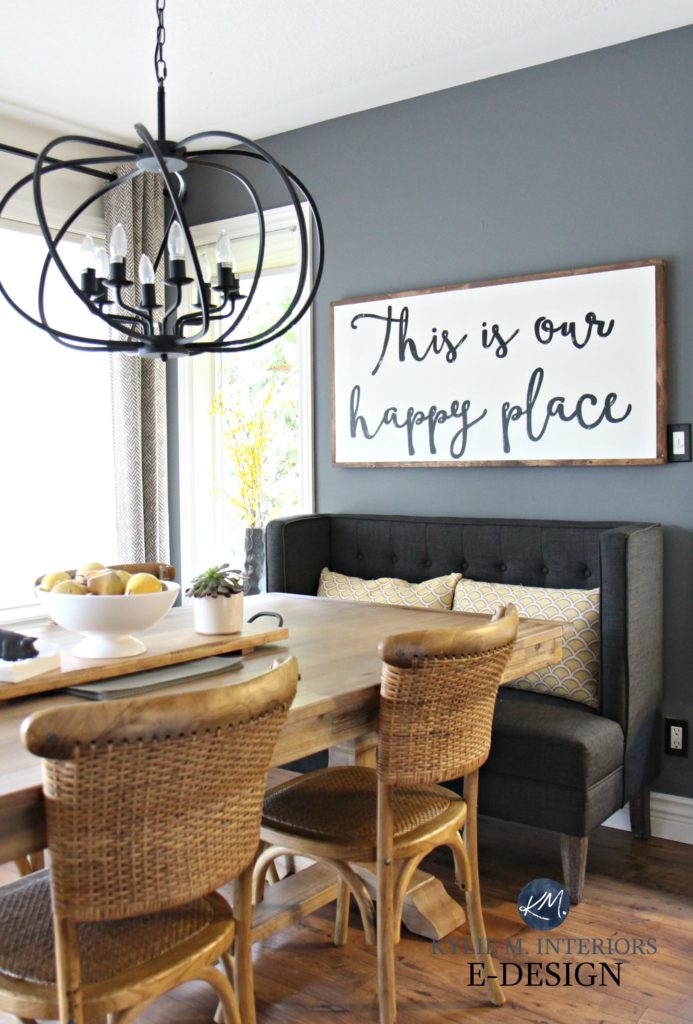 MOST of the time, I recommend catering to the SOUTHERN light as the dominant exposure. MOST of the time, I recommend catering to the EASTERN light as the dominant exposure.

Let’s take a quick break to talk about paint samples…

Undoubtedly, you’ll be heading out in the near future to grab paint samples – stop right there! I want you to check out SAMPLIZE. Samplize offers peel and stick paint samples that are more AFFORDABLE, EASIER and more ENVIRONMENTALLY FRIENDLY than traditional paint pots. Here are just a FEW reasons why I recommend Samplize to my clients… Do you have a room with THREE exposures?

If you have a room with THREE exposures, I would focus on the dominant exposure, either via window size or quality of light coming in (ie. no landscaping blocking the light). And all of that being said, if you are CONFUSED, you know who to call…the Ginga Ninja.

Can I Paint My North Facing Room White?

North, South, East, West, Which Paint Colour is The Best?

Check out my affordable AND fun E-Design and Online Paint Color Consulting! 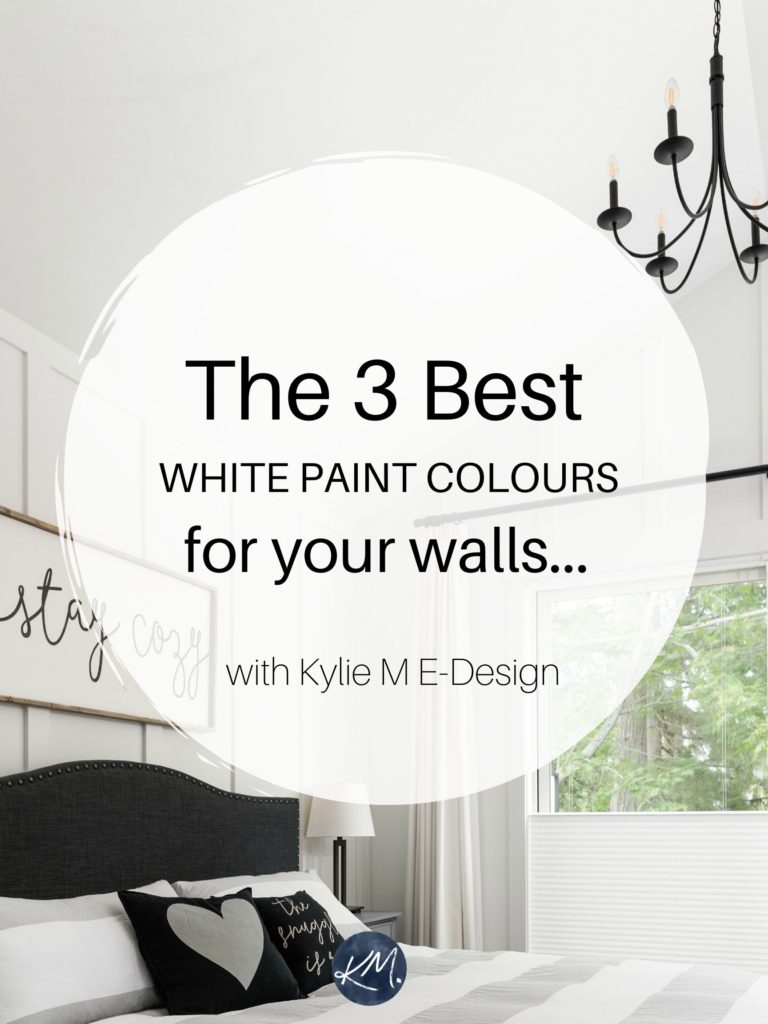