How to Tell the Difference Between Taupe and Greige

Taupe and greige, greige and taupe. These 2 words are FOREVER getting mixed up in the minds of homeowners and designers alike.

It’s like comparing merlot to cabernet – they both kind of look the same, they both have a similar purpose, yet there are subtle differences that separate them. And you’ll find no shortage of explanations on the internet as to what greige and taupe are, but I’m going to try to simplify and clarify things for you as truthfully, there isn’t a huge difference (which is why it’s so friggin’ confusing).

And this might go deeper than you’re comfortable with (that’s what she said), so take a deep breath, a sip of wine and open your mind (insert monastic chant here…)

First of all, let’s get the basic description down pat… Taupe:  A mix of beige and gray (brown and black).

Greige:  A mix of gray and beige (black and brown)

There, clear as mud, right?

However, I want you to pay PARTICULAR attention to how I arranged those colour explanations. Why? Because taupe tends to be a wink warmer – which means it’s beige with gray in it. Greige tends to lean a bit more neutral (I’m not going to say cooler though) as it’s a GRAY with beige in it. It’s about which way the scale tips and they each tip their own way, even though they are made up of the SAME COLOURS.

Have I lost you yet? I hope not, because it only gets better from here! What are undertones? Undertones are those sneaky colours that are lying in wait for you. You may not see them when you look at that weee willy little paint chip, but once you get 2 coats on the wall, you step back and say, ‘wait a second, that is NOT as neutral as I thought it would be!’ So naturally, because taupe leans toward the beige/brown side more than the gray, it is more likely to carry beige inspired undertones – particularly pink and green.

Because greige leans to the gray side more than the beige, it is more likely to have gray undertones – particularly green and purple.

I want you to step back and just read those 2 sentences again as they’ll really nail it down for you.

The above photo shows one of my favourite greige paint colours – Benjamin Moore Rockport Gray. Rockport Gray is a gray with brown in it (making it a greige).  It has undertones that flex between a purple and a green making it a super unique and flexible colour. 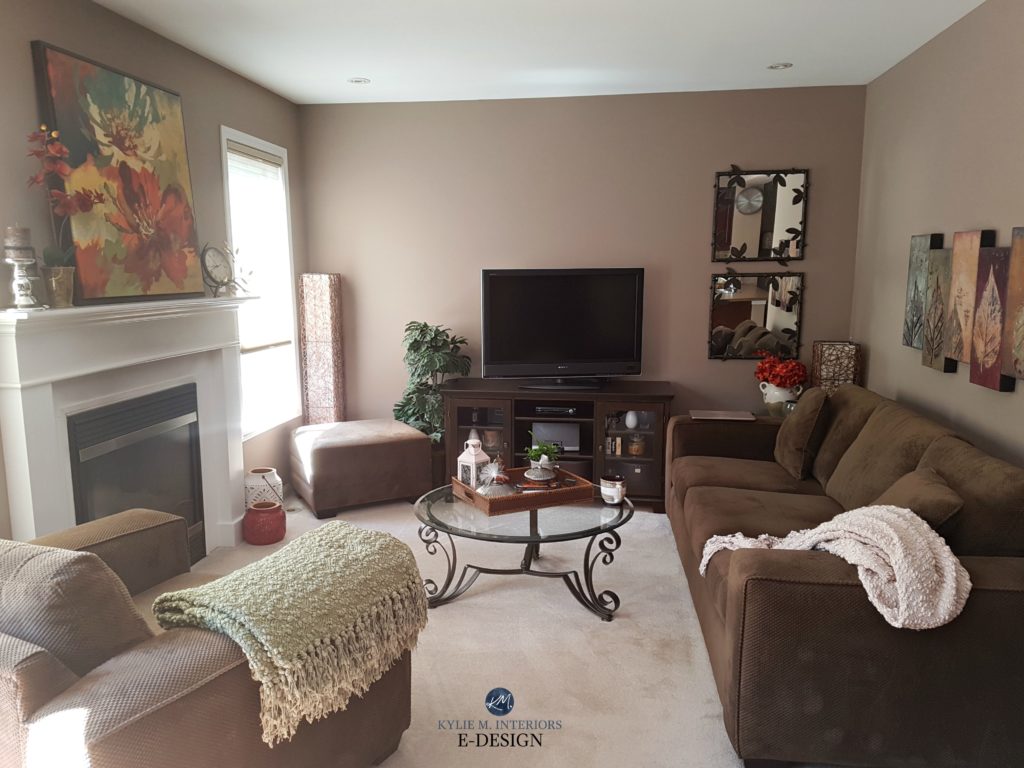 Weimaraner, above, makes it easy as it CLEARLY shows us its feminine taupe side! So why do people confuse greige and taupe so much?

Let’s look at another photo. This is Sherwin Williams Keystone Gray. Keystone Gray is a tricky one. It is a beautiful blend of gray and brown that is ALMOST equally balanced, so there isn’t much preference given to the gray OR the beige, meaning that it will likely flex itself on a wall-to-wall basis. If you look at a lighter version of Keystone Gray, Agreeable Gray, you’ll see that it is a gray with brown undertones. However, as it deepens, that brown comes more into play, bringing it more into the taupe range.

So there you have it – taupe and greige. And there are even more complexities involving these colours, but that should get you off to a good start!

Check out my affordable Online Color Consulting – starting at $45! 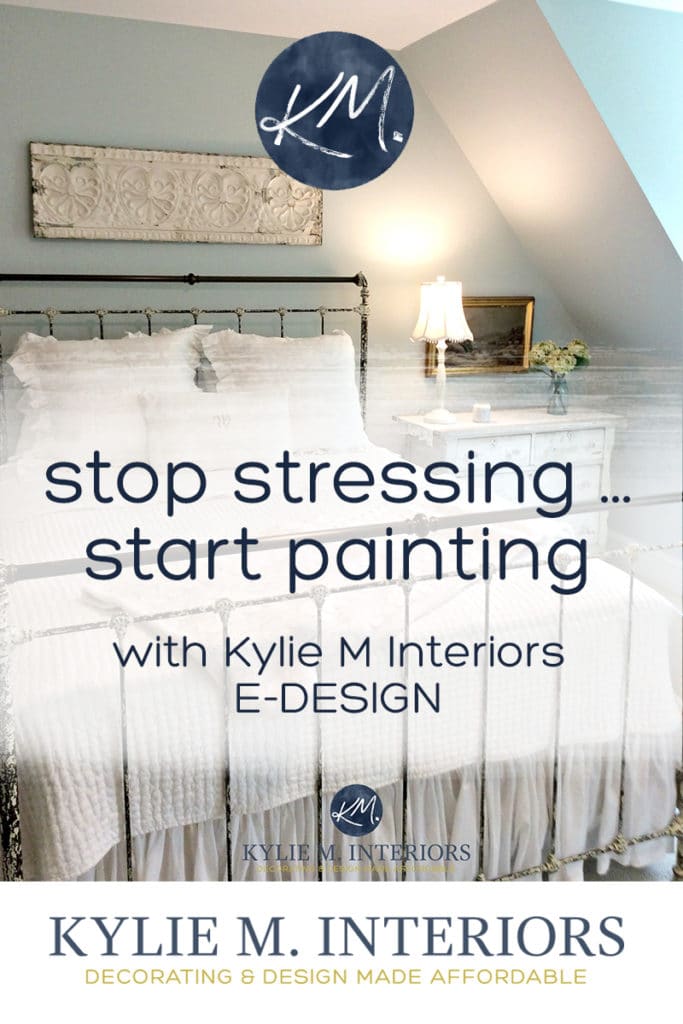 INTERIOR AND EXTERIOR So, you're drowning in paint samples and decision fatigue, and you're on a first-name basis with the staff at … END_OF_DOCUMENT_TOKEN_TO_BE_REPLACED Thank you for visiting my paint colour blog, I'm glad you're here!  Were you online searching for … END_OF_DOCUMENT_TOKEN_TO_BE_REPLACED